Some people are like an ostrich when it comes to hiding... 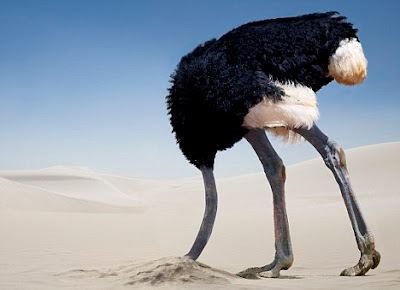 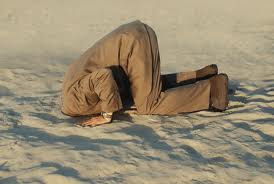 They THINK that: See no evil, hear no evil= FEEL NO EVIL!

Well let me tell YOU this you can not be more WRONG!

I am and expert in fighting since I was 7 years old.

ALL those times I fought (some times with guys double my size or with several COWARDS at the time attacking me like motherless dogs) It fought was to DEFEND others...especially my family that I LOVE very much, my brother Hector whom is 1 year older than me and my 3 older than us both sisters...(I am the youngest of 5 children).

And my experience in fighting?

But some people were BORN as a Warriors (like in my case), but others is to HIDE!

But please do so like WE experts tell you, not like YOU "think it should be done" OK?...giving your back to evil only...

These illuminati and the mafioso puppets they control (yes Governments RUN and are the real HEAD BOSSES of Mafias "bosses" worldwide...don't believe me, ask Obama the infamous 666 puppet of satan that "was made" in Chicago, WHO is Adolfo Vega?...

And I know this guy "well" (worked at one of his Mexican stores in Fort Atkinson Wisconsin, as a general manager...).

I did NOT know he was the Godfather at first...believe me, oh boy the very first day of work there in March of 2007 I called him to STRONGLY complain about some stuff that was WRONG in "our" building store (the COWARD "owner" of it Heriberto Silva put me to do it-that is WHY he hired me since he knew me well- and he FULLY knowing whom this other guy was...but NOT told me the sucker!...I found it on MY OWN later on...), I was almost SCREAMING at him for some many "irregularities" that had been going on there for YEARS without ANYONE repairing them or DOING something about it-, he as a well cold blooded heartless MURDERER he is, LISTENED to my complains quietly and patiently (See that is WHY they are BOSSES, because they 1.-LISTEN (Proverbs 18:13), and then 2.-THINK carefully their next moves, and finally 3.-ACT upon them) and when "I was done with him" -in MY DREAMS baby!- he replied to me very calmly: Por Favor READ the Rent contract of the building, and then call me back-which I never did for that matter ever again by the way- (I am NOT stupid!)...we were F++Ked as clearly WRITTEN in the FINE print of the contract (the DEVIL is in the details, please do NOT forget that...( Triple Net Lease or NNN), and I was NOT since when I took the wheel of the half way sank "titanic" of this IDIOT (Heriberto), it was TOO LATE already to humanly rescue it, believe me.

The IDIOT who signed it, did not READ it carefully FIRST!

In this particular case "my boss" ( my A$$ better said...sorry for the language, but HOW you would describe this situation "better" than me hum? Please tell me, I am LISTENING!...)

Even his wife (whom is a "GOOD" person...she also went to talk to her EVIL mafioso uncle in Chicago, Miguel Silva who is "compadre" of the Chicago Padrino to convince the later to send ME to "sleep with the fishes"), a lot of times told me that the moron of her husband (whom she loves-hate and is a SICK situation let me tell YOU....) was and IS if he is still a live: an IDIOT BIG time!

So much he is that he sold his soul to the devil, FULLY knowingly : Adolfo Vega (El Chicago Padrino).

Whom he owed $600, 000 USD and NEVER pay it...while driving a full size Yukon Denali (more than $66,000 he told me he got the debt for it as well- and going often to his "rancho grande" (BIG small town) in Guanajuato to trow out fiestas (parties) for the entire town like if he WAS the Chicago Padrino...imbecile!

And not only that, oh no IDIOTS like him are not half way in things, they are FULLY IDIOTS from head to toe, he spent all night long at "the office" DRIVING his TITANIC, drinking Buchanans whisky like if he was a "narco"-he loves narco-corridos- and snoring shit like if he was Scarface...(he had several wall posters of him inside the store, while OUTSIDE he had Mexican Revolution heroes!!!

I used to tell him that I was EMILIANO ZAPATA while he was francisquito villa (Con sus 2 VIEJOS a la orilla, y PELONES dijo Villa! ;-)), when fully knowing that he was not a man , but a worthless fagot maricon, his wife was even jealous of me because she thought this JOTO homosexual (he paid people not only employee's, but ANYONE women and "MEN" to have sex with him almost every night), was "in LOVE with me" (like satan told me later on "he was", on March of 2010 when he appeared and talked to me, while he had all his satan disciples-the mayor execution gang the Chicago Mafia uses-hunting me down outside and even inside Mendota hospital in Madison Wisconsin...), since and I RAN the show like a MAN not like a puppet he wanted me to be, and many times OVERTHROWING his dumb ASS not only half way "well thought out" decisions, but FULL thought out with his culo (A$$)...and that one is NASTY believe me, I heard the noise in the river many times (people talking about his homosexuality, even from "his" wife)...while he COULD NOT do anything about it nor firing me (I worked there almost a year an a half as the REAL and TRUE BOSS- just like Tony Soprano or the guy from House of Cards-).

One time he even KNELLED to me and I told him: Get UP (as I always have told my enemies when defeated them on ALL kind of battles not only physical), you worthless maricon RAT snake, I am an imperfect and sinful (but REAL) MAN (NOT as sinful as him though, as very few "people" reach this FLOOR level of serpents), and the ONLY ONE you MUST kneel to is to JEHOVAH the Almighty (he knows this HOLLY name well, since many Jehovah Witnesses visited often his previous store in Delavan Wisconsin, to have Mexican lunch after the weekend preaching GOOD NEWS work service-that he BURNT by the way as ALL his "saint hand" touches-he says it was the other IDIOT as well of his cousin (Jorge) -who was DRUNK often as well as the head of the DIS-"organization" (Heriberto), while cooking "chicarrones"- all night long...oh man this even sounds funny NOW that I am remembering this "comic" situation and writing about it... SHIT! LOL).

The Chicago Mafia will give this marica of Heriberto TRUE Chicharron (EXECUTE him), the other IDIOT of his cousin is and imbecile too but "harmless"...believe me NO FOOL is true harmless as shown here on this "tale made in HELL" , I mean Mejico...;-) what he DESERVES...he sent out to kill me along with the SAME as him maricas in Hollywood (Cameron, Jannard and Schklair)...

Ladies, you should NEVER spit to the SKY!

Because YOUR OWN saliva is going to return BACK to YOUR Face! ;-)

What GOES around COMES around, YOUR moms never taught you that?...

There is a WISE saying that mentions that men when doing his "fechorias" (bad stuff or badness), looks everywhere in order to NOT be "seen" (in "secret"), less to HEAVEN (where Jehovah SEES EVERYTHING real clear, NO ONE has a better view of the BIG PICTURE than him nor ESCAPE Him either...believe me), whom they only look to SPIT at it!

So do YOU think that "I don't know",  the CIRCUS "show biz" and its CLOWNS like these ones, inside and out by now?

And I got this knowledge in "the FLESH", not only watching "cartoons" in television....

Let me tell you this, this Mafia Bosses involved on "this tale", the Chicago Godfather and the 666 Bullshit Obama, along with the devil on the flesh Henry Kissinger whom they makes the satanic 3 Amigos, are PURE EVIL demons at its "purest", and they will eat ANYONE (but me yet.. ;-)), for LUNCH any day!

The Chicago Godfather (El Padrino) is know as "El Zorro" (the FOX), because he is one of the most clever mafioso in the WORLD if not the #1, that I am assuming now HE indeed is/WAS!...he ate already El Chapo Guzman for lunch in ONE bite....and not even burp!

And "I tamed him" like The Little Prince "did" with the Fox...

A HUGE SHARK-there is always a mas PERRON that another perron (BIGGER DOG than another dog- believe me, even their "help" are ALWAYS HUNGRY and EAGER to sell their culos to the devil for a bite of dust-I mean of "power"- lol...

SomeONE else will EAT him in a microsecond! ;-), because he FAILED to kill me when he could, and oh boy did he TRY BIG Time!

Da Mafia does NOT forgets nor FORGIVES, even the mafia itself baby!

BEST rule of the mafia ever! LOL... 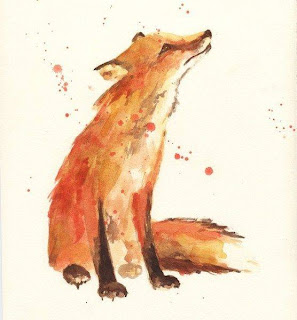 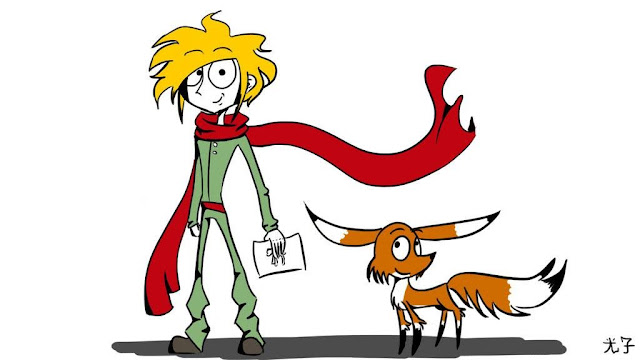 So WHERE IS the SOBER Pilot of this evil TWISTED flight, WHO is going to land it safe and "save the day" then?.... 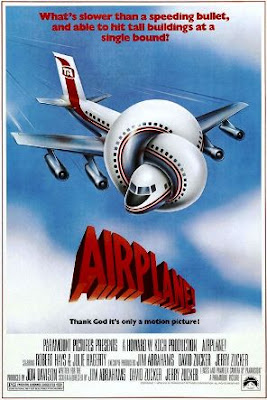 His name is Armageddon Messenger me Cesar Rubio...and I even sometimes get drunk when really down -do NOT like the hangovers at ALL!- (but NEVER working), because this SATANIC WORLD is the MADHOUSE...and believe me I know these places well, since I have been in a few since my nervous breakdown in early 2010 after so much mafia persecution and murders attempts against me...and WHO wouldn't man?

many, many "loquitos" ( mentally ill people), are WAY MORE smart and Intelligent than the REAL CRAZIES in the "outside" world believe me...BIG TIME!

And WHOM sent me to save the day?

And what WHERE His ORDERS for YOU, even before I was born?:

"Then let those in "Ju‧de′a" (the ENTIRE world in this time of the END) begin fleeing to the mountains. Let the man on the housetop not come down to take the goods out of his house; and let the man in the field not return to the house to pick up his outer garment. Woe to the pregnant women and those suckling a baby in those days! Keep praying that ​YOUR​ flight may not occur in wintertime, nor on the sabbath day; for then there will be great tribulation such as has not occurred since the world’s beginning until now, no, nor will occur again"-Mathew 24:15-21.

Again YOU don't have a chance against satan and his puppets, NO WAY in a trillion years!

They are "illuminated" satanic evil cockroaches, that satan after centuries of "perfecting" them in the worlds "lab" (2 Corinthians 4:4), ARE FINALLY READY for the  task AHEAD...

Sent not ONLY Babylon the Great "rest to pasture", but also Jehovah's organization as well...

It comes tho most EVIL mass murder even in human history!

PRAY that they now wont carry out BOTH attacks, at the SAME time on MAY of 2014!

So YOU better start putting YOUR "house in order" ( get priorities straight), and BEGIN FLEEING!

And HIDE well, not like an ostrich right now! ;-) 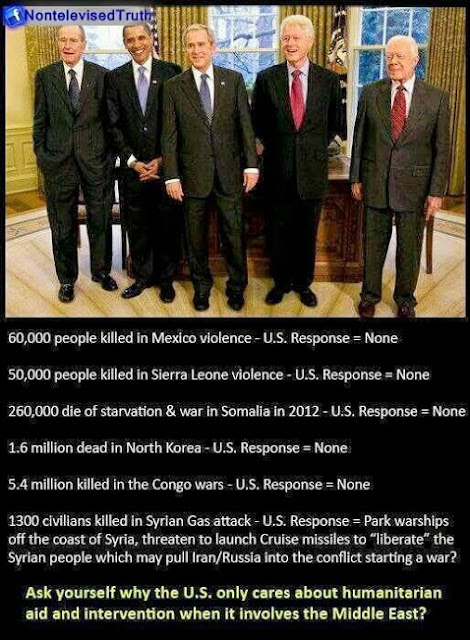 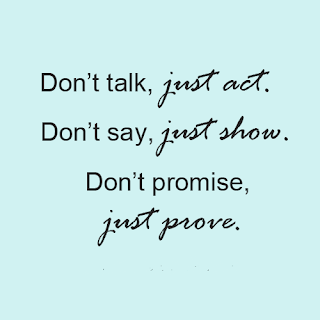 Buenos Dias, is almost 7:00AM here in the AHEAD hour of  "Mountain Time", Guadalajara Mexico.

AM.= BEFORE the DESTRUCTION!

And YOU think Jehovah and Jesus would SEND a "harmless saint", to DEAL with & FIGHT up FRONT head on, with these backstabber LOW LIVES snakes?

Wake up!, this is REAL Life not Fantasyland!