“Young children, it is the last hour, and, just as ​YOU​ have heard that Antichrist is coming, even now there have come to be many Antichrists; from which fact we gain the knowledge that it is the last hour. They went out from us, but they were not of our sort; for if they had been of our sort, they would have remained with us. But [they went out] that it might be shown up that not all are of our sort. And ​YOU​ have an anointing from the holy one; all of ​YOU​ have knowledge. I write ​YOU, not because ​YOU​ do not know the truth, but because ​YOU​ know it, and because no lie originates with the truth.

So we know now that the main Antichrist is Barack Obama, who is a puppet of the Illuminati and whom will unchained the PERSECUTION and will make Babylon the Great go to sleep with the fishes…

Actually it will be an act of REVENGE; the Catholic Church CREATED them to go kill and clean Jerusalem from Muslims in the 11 century in the first crusades war.

But they grew too POWERFUL afterward that the church got AFRAID of them too and sent other guys to get rid of them…but they could not, they only hide (that is WHY is a secretive society today… ), regrouped, changed names and got STRONGER!

All that information is in this FREE book, like mine, like the TRUTH that is FREE and will set YOU FREE!
(Is in Spanish though…) 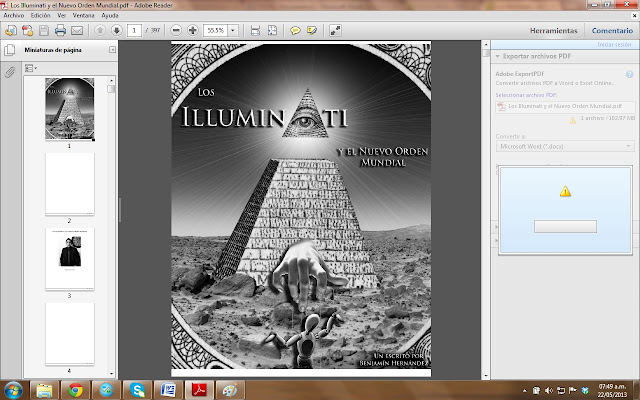 It’s an amazing recompilation work of investigation by my brother Benjamin Hernandez, I think he is Mexican like me, 2 Mexicans could do with Jehovah Holly Spirit help of course, what Englishmen could not….

After all the Illuminati are Englishmen themselves...:-)

For this extraordinary research work that Benjamin did, he will be in Jehovah’s and Jesus Christ New World with me…because I highly doubt that we both will be in the Illuminati New World Order after May of 2015…

But who cares? I go for the long run and so does he, who wants to live in a New World Order that will last at most 1000 DAYS, when we CAN live in the REAL New World where Jesus our KING will Reign for 1000 YEARS!

And after that time Everlasting Life for the ones that deserve it and pass the last test at the end of Jesus Reign on earth.

Well back to the book in page 69 you can see a picture of President Bush father and son who are members of the Bohemian Grove, with an alliance to the Skull and Bones order which both are a Lucifer, satan cults.

And who started to TALK about this New World Order in September of 1990 like no one before him?

Now you are staring to put the puzzle together don’t you?...

It’s also interesting what the book says about “Maitreya” whom in April 21 of 1990 met with 200 world leaders in London.

When was Barack Obama first inauguration as President?

Could it be just a coincidence?

I don’t think so!

There are NOT coincidences neither with Jehovah prophesies nor with satans…

Anyways MANY THANKS to Benjamin for his work and which without it I could probably have not figure it out whom the small horn was/is as foretold in the book of Daniel 8:9.

Jehovah God and Jesus Chris His son works in mysterious ways, and they chose whoever they WANT to unveil deep secrets!

BLESSED be Jehovah's Holly name for all ETERNITY for the LOVE He shows to His creations, us imperfect humans, so we can be SAVED!

Want it MORE "Clear" than this?

If so,YOU are probably WORST than the Antichrist 666 satanic PUPPET! ;-)

The Fish DIES by its OWN Mouth! 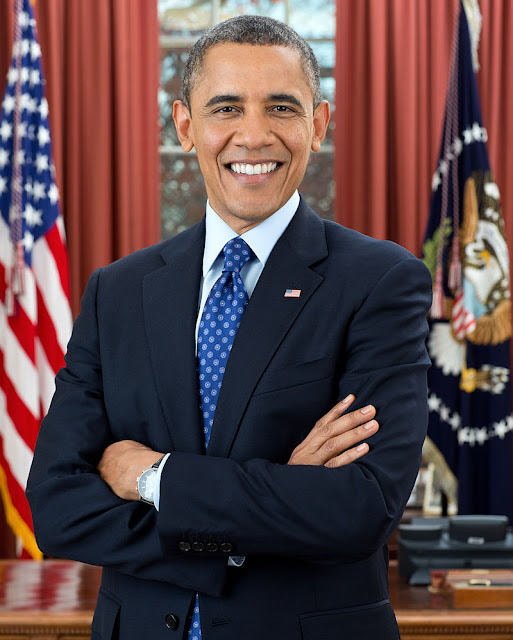 "And through his shrewdness He will cause deceit to succeed by his influence; And he will magnify himself in his heart, And he will destroy many while they are at ease. He will even oppose the Prince of princes, But he will be broken without human agency.

The Intelligent ONE of Revelation 13:18!