According to Wikipedia it means:

"An Achilles’ heel is a deadly weakness in spite of overall strength, that can actually or potentially lead to downfall. While the mythological origin refers to a physical vulnerability, metaphorical references to other attributes or qualities that can lead to downfall are common."


Now please look at this map: 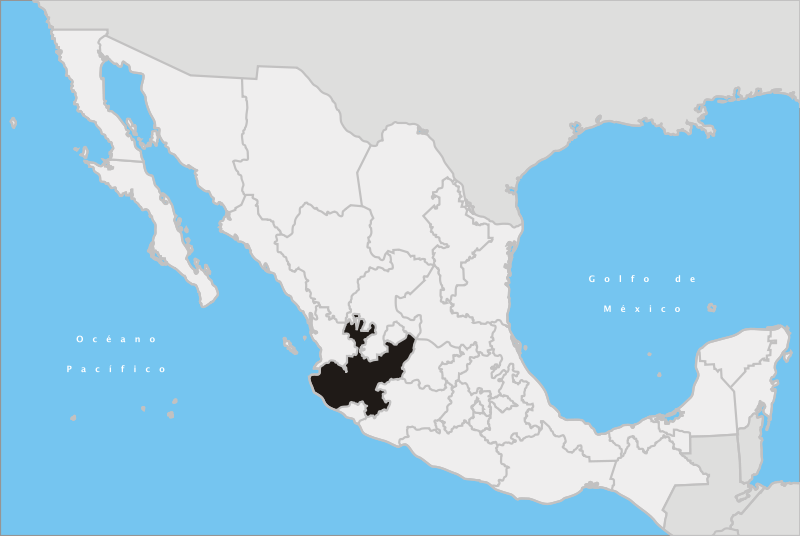 To me it looks like a woman's high heel shoe.

In what "position" that city seems to be located in the "shoe"? In the heel isn’t it?

Why Jehovah sent His messenger (me), to be born there?...hum?

Besides Mexico being in a "strategic" position with the USA (the last "superpower" before Armageddon comes), and that many Mexicans (more than 20% work in the USA and send money to their relatives in Mexico) emigrate to his North neighbor country "by default"...for the lack of real good opportunities in Mexico...and most of those people do it without documents...otherwise if they had a good living style in their native country, they would not need to go to live to a more expensive cost of life, and with a less "comfortable" weather (in the North on the wintertime) country would they?

Well some of the richest ones do it now for the "insecurity" in Mexico...insecurity that they themselves helped to create with their greed, and for not being fair in the country's wealth distribution....but that's another complete issue that I could even write a book about!

Like many of those courageous humble and poor people (would you risk your life and integrity crossing the Mexican-USA Border "illegally"?...) I had to do the same many times, in 3 different periods of my life, when I was 12,14 and then 27 years old.

The first two times when I was a teenager, I had to try several times before "making it"...but not the last time when I was 27 years old since Jehovah’s spirit was already helping and directing me...that is a "story" for a movie in itself...out of 12 people and 2 "coyotes" I was the only one that "made it"...and even one of the coyotes that were supposed to "guide us", followed me and copied what I did when we were surrounded by a border patrol helicopter.

Some of those poor people in the group had months trying to cross the Tijuana-San Diego border area, which is the most protected sector, in the most surveilled border in the World....so you get the picture now?

What you learn there, they don't teach in "schools"...only in the real and most efficient school that exist, that is the "school of life"...

All of those experiences have been proven to be an excellent "training" for what is coming...Armageddon and the Great Tribulation!

So even though Jehovah tells us to be "obedient" to governments, don't judge to simplistic brothers and sisters who has to "disobey" men in order to survive...wouldn’t YOU do the same if you were born in such poor countries? Well if you were really a Valiant-Mighty one like Gideon was, you would do it, otherwise you wouldn’t!...

Like I said before, ALL of Jehovah’s people and even others that wants to survive in Armageddon and the Great Tribulation will be "illegal" ones at that time...

Or will you "obey" governments orders and follow instructions to get to "safe places" at that time?...just like Hitler did with the Jews in WW2?...

Now you get the BIG picture of what really means to obey Jehovah rather than men?...

Ok sorry, but all this is extremely important...that's why Jehovah's messenger had to experience all that in the "flesh"...to tell YOU what is like, or would you believe and trust an "instructor" that has NEVER been on the field to train YOU?

Has anyone in the Governing Body experienced those things themselves? Now you know WHY they were NOT chosen by Jehovah for this particular instructions...would they publish a "how to do" to cross the border "illegally" in a safe way?

Back to the Achilles Heel subject...Guadalajara besides being in that obvious "position" in the map, is the second largest city in Mexico...and one of the largest metropolitan areas in the whole world...comparable in population to LosAngeles, California and Chicago, Illinois, cities that I know too very well...

The latest (Chicago) has great significance in one of the last to be fulfilled in this time of the "END" prophesies, found in Daniel 8:3-4, and that will be the "sign" for Jehovah's people when it will be fulfilled in May of 2015, to show them that I AM Jehovah’s messenger and all of these instruction come from HIM!

To the "point"...how many people live in cities today?

50 percent of the World's population, one in two...

Maybe Jesus words about "one will be taken, while one will be left..." will be fulfilled in exactitude at the time of Armageddon and the Great Tribulation according to this information...

"City" people will be the most vulnerable of all at that time, since we are used to get things the "easy" way...we go to work in a job that for the most part is repetitive and a just "piece" of a bigger "machine"...

Most of us do not know how to plant vegetables, raise or hunt animals, do fishing or how to do even "simple camping"...I had to learn some of that when I was a grown up, and living in Wisconsin in a small town BTW!

I love small towns...Cambridge, Wisconsin is one of the most beautiful places I've been and lived into, it's my "second home", and if Jehovah God lets me, I plan to build a home there in the New World.

Also my ashes will be poured there in Lake Ripley when "my time comes"...I want to be resurrected there, near to my boys. Wisconsin is and will be in my heart forever...and it's also a "strategic" place in Jehovah’s Divine Plan for human kind salvation!

And more interesting is where Jehovah God message to the world was sent from...TorC NM. Truth or Consequences, New Mexico.

Do you think that a good war strategies General, "Commander in Chief" and King leaves everything to "luck" or "chance"? Luck does not exist, and He does not leave anything important for a "chance" either. Jehovah had ALL this very well planed even before I was born...how about that for a GOOD Warrior, hum?

Guadalajara and Wisconsin are in "Central Time", my time...and Jehovah’s TIME as well so to speak...

Jehovah God sent me to be born in a big city, to see how people live there and to warn them that they need to be trained in the "countryside" or wilderness...if they want to survive Armageddon and the Great Tribulation, and pass alive into the New World.

Those people are the "Achilles Heel" in Jehovah’s Divine Plan...if they are not trained (we have 6 years or so to do so...just comparable to the same amount of time we spend in "elementary school"...) most of them will die.

A lot of Jehovah's people live in cities...

One last comment regarding the "Promised Land", which is supposed to be the USA for most poor people, I remember going to the Tijuana-San Isidro point of entrance and see all those large lines of cars crossing the border into the USA and ask myself crying, WHY they can do it and I CAN NOT? It's NOT fair!

If this World was really just and fair, all those poor people like me were the ones that deserve MORE to enter the Promised Land, isn’t it true?

But since that does NOT happen, that is WHY this world of injustice and badness will be DESTROYED.

In the New World of JUSTICE, we will have the BEST King, Jesus who was born "poor" too and know in the "flesh" how it feels like...He was by my side all those times when I crossed that border many times, so He knows too how it feels like in "the flesh" as well...

"Although he was a Son (Jesus), he learned obedience from the things he suffered".

YOU too will have to "suffer a bit" (40 years) to get to the real Promised Land, no New World Citizenship "by default", nor "Green Cards" or Passports to enter easily...

Only "Illegal Aliens" (accordingly to the term this unjust World uses harshly with undocumented and poor immigrants, that for the most part only come here to WORK honestly and try to provide a "better life" for themselves and their families) that will have to WORK HARD and SUFFER to enter will make it there.

How about that for a "story twist"? hum?

This is the opening of the United States Declaration of Independence, written by Thomas Jefferson in 1776 whom was a "father" of this country, states as follows: (extracted from this Wikipedia article)


"We hold these truths to be self-evident, that all men are created equal, that they are endowed by their Creator with certain unalienable Rights, that among these are Life, Liberty, and the Pursuit of Happiness. That to secure these rights, Governments are instituted among Men, deriving their just powers from the consent of the governed;[7]"

If its' so, WHY then don't PRACTICE IT?